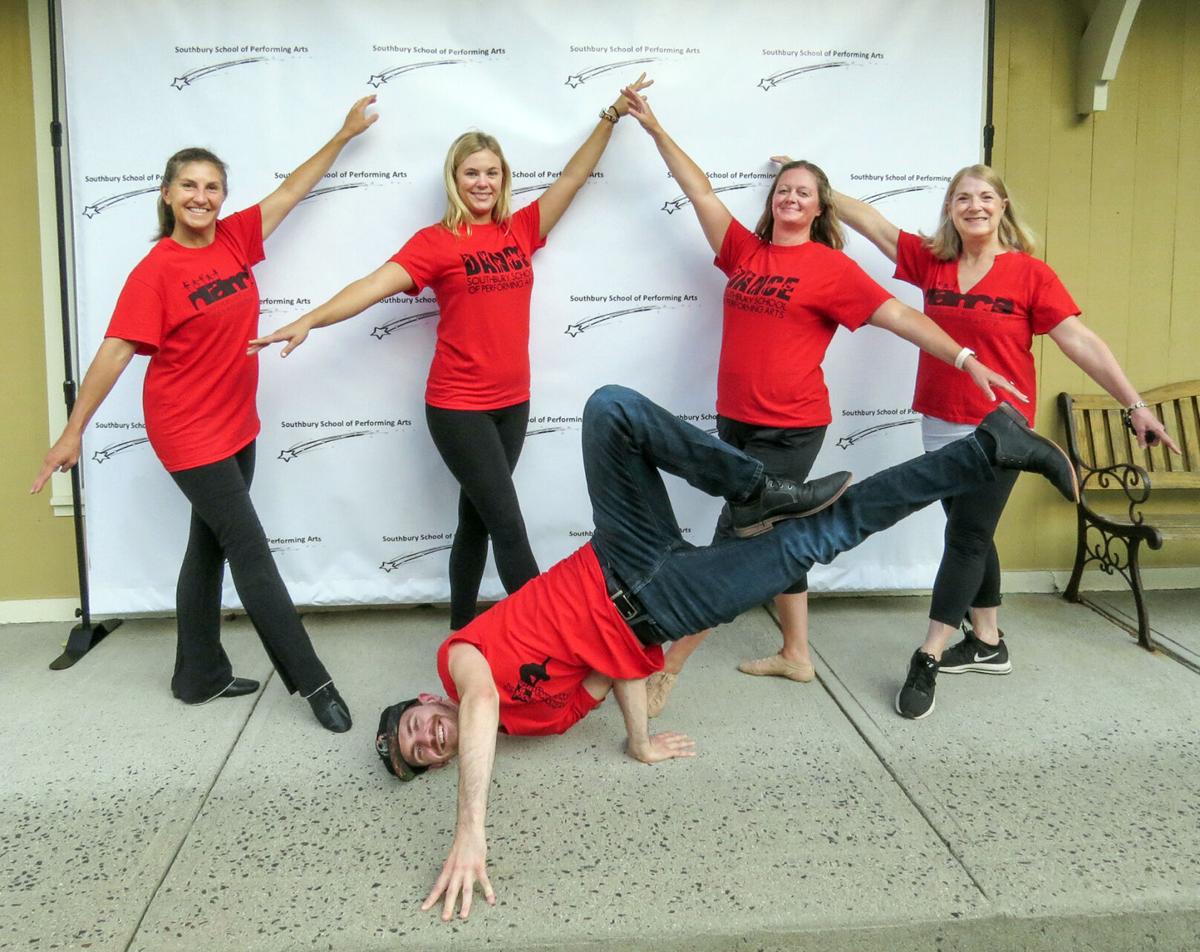 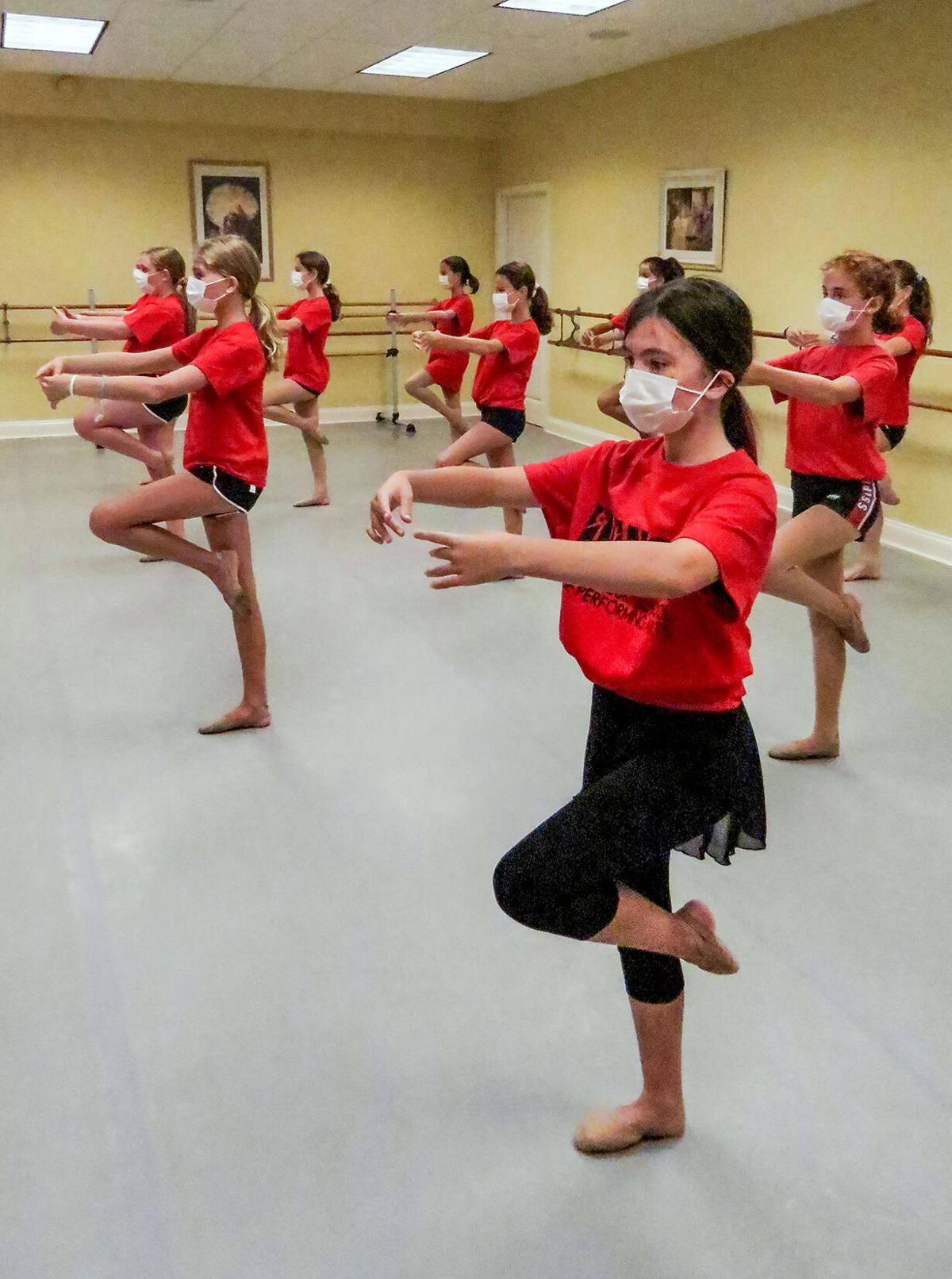 Dancers from the Junior Elite Team at the Southbury School of Performing Arts at work during an evening class at the school in early September. Classes for the 2021-22 season began on September 7 and typically run through the end of May.

Dancers from the Junior Elite Team at the Southbury School of Performing Arts at work during an evening class at the school in early September. Classes for the 2021-22 season began on September 7 and typically run through the end of May.

SOUTHBURY – Reflecting back on 20 years of teaching the area’s youth to express themselves through dance, Christine Siebold likens the experience to a “beautiful continuation of meeting people.” That continued the past two years despite the challenges of a pandemic causing major changes to how the studio was able to operate. Ms. Siebold was 23 when she first opened the doors to the Southbury School of Performing Arts in its original location in Bennett Square. Young, fresh out of college, and “with stars in her eyes,” she was teaching 18-year-olds who weren’t much younger than herself, she recalls.

Over the years since then, she has taught many students beginning at age 2, and has watched many of those students grow up to adulthood. Some have gone on to become teachers, and one such teacher has come back to teach.

A few years later, Ms. Siebold was able to move her business into its current location at 760 Main St. South. The location provides three dance studio rooms, along with areas for changing into costumes or dance attire.

It enables the school to conduct up to three classes at a time, with one room used primarily for the youngest students, one for ballet and similar classes, and the third for dance, including hip hop.

Each room is outfitted with a floating floor that provides the appropriate level of spring and absorption needed for moves such as jumps. The Marley floor creates a good surface for pointe work and tap, and it is portable, so it can be moved to other locations for recitals or demonstrations.

Students in a recreational program attend class one day per week. Students aiming to compete will participate two to three times each week.

The school competes in local, regional and sometimes national competitions. Trophies are displayed on the walls of the studio, along with pictures and previous news articles, as well as display boards showing some of the work done by students.

Instructors include Ms. Siebold, who has a fine arts degree in dance from NVCC and has been dancing for over 30 years, and seven other instructors, each of whom specializes in a certain area of dance. “I am so proud of my teachers,” Ms. Siebold said. When covid hit last year and the studio had to shut down in March of 2020, the teachers just immediately jumped into figuring out how to conduct classes using zoom, she said. Some were doing so from their living rooms. “They were able to adjust quickly to something we would never have thought would happen,” she said.

“It couldn’t have gone any better,” she continued. To keep things fun, the teachers developed themes for some weeks. There was a patriotic week, a beach week, and a fairy tale week, all of which turned out to be especially fun for students and teachers alike. As time passed, Ms. Siebold learned that parents and grandparents had begun watching online to see how their students were doing. “It brought us all together,” she said.

The school normally puts on an end-of-the-year show for parents and that presented a problem with the pandemic, but the school was able to procure the outdoor stage at Quassy to continue the tradition in July of 2020. Parents spread out around the stage and enjoyed the open-air performances. Students were glad to have an opportunity to see each other in person.

This past year the school decided to try to go back to in-person classes as much as possible. A new UV light and filtration system was installed, doors and windows were opened when possible, and students wore masks. The number of students per class was reduced to allow for social distancing, and the studios were disinfected after each class. The dressing rooms were closed to further protect students.

Some past traditions took on a different look with the pandemic precautions, but the school was nonetheless able to celebrate the holidays.

A dance montage was taped and sent to be enjoyed at Danbury Hospital, and the studio was decorated for Hallowe’en.

This year’s end-of-year event was held at the Ridgefield Playhouse, another fun venue choice. The staff at the venue did a wonderful job of helping protect students through socially distancing different groups of performers, Ms. Siebold said. The seating area for the audience was also large enough to allow parents to feel comfortable in the venue.

“There is a sense of trust now,” Ms. Siebold said. Going through something like the pandemic has brought families closer together. While other studios may have struggled with restrictions, “the parents here have been understanding,” she said. “Kids love to dance, have fun and create memories.”

When asked how dance instruction today may have changed over the past 20 years, Ms. Siebold considered the question thoughtfully, then responded. “The ability to express dance through all the different media sites is one change,” she said. And studio owners and instructors have begun using social media to connect with one another and to find solutions to common problems. “We inspire each other,” she said.

In other ways, things have remained the same. “Overall, kids want to be with their friends and dance,” she said.

There is an old saying in show business that “the show must go on.” That is what the Southbury School of Performing Arts has been able to do since the pandemic hit.

Information is available online at the school’s website, www.ssopact.com.