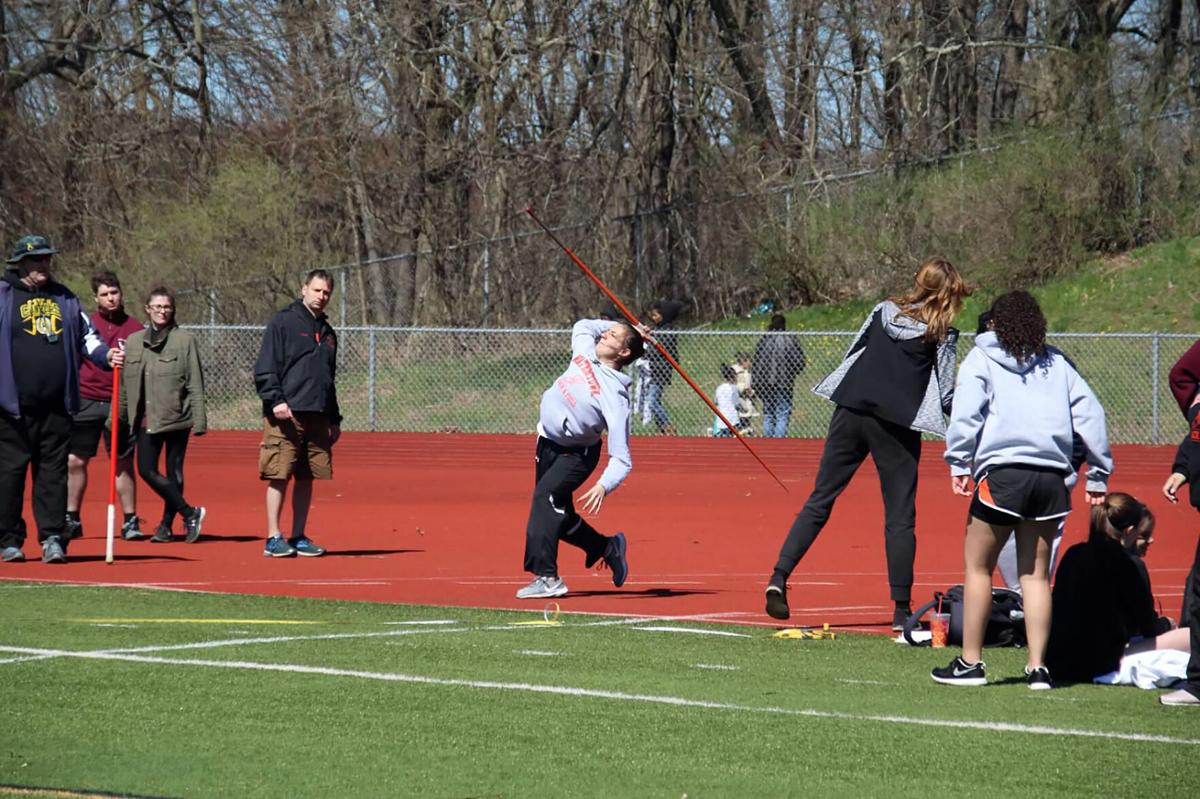 SPRING FLING – Allison Mazzarella and the Watertown High School track and field teams were back in action on April 20 at Oxford High School where both teams were victorious over Oxford and Wolcott, with Mazzarella winning the girls’ javelin with a throw of 84’ 8.” 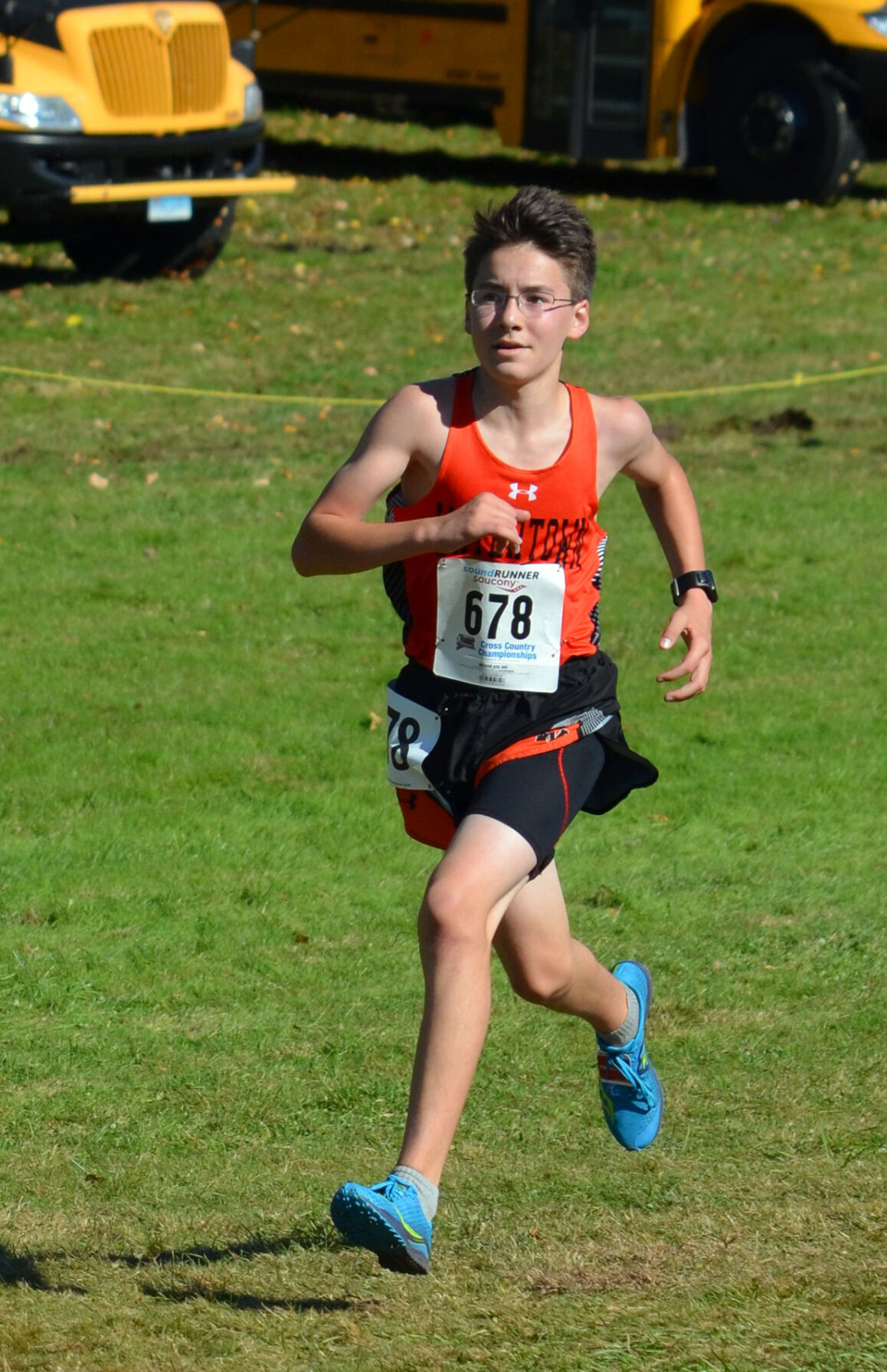 MATT IN MOTION – Matt Creter has been among the standouts for the Watertown High School boys’ track and field team in the first meets of the season, scoring points in the 1600 and 3200 meter events.

SPRING FLING – Allison Mazzarella and the Watertown High School track and field teams were back in action on April 20 at Oxford High School where both teams were victorious over Oxford and Wolcott, with Mazzarella winning the girls’ javelin with a throw of 84’ 8.”

MATT IN MOTION – Matt Creter has been among the standouts for the Watertown High School boys’ track and field team in the first meets of the season, scoring points in the 1600 and 3200 meter events.

WATERTOWN - After a long wait, the track and field teams of Watertown High School finally got to NCL outdoor competition on April 20 at Oxford High School, where theyr faced the Wolverines and Wolcott Highs in a tri-meet.

Both the boys and girls teams opened up their season with 2–0 starts with victories over Oxford and Wolcott.

Seniors Ari Polletta and Erin Egan had big opening days as both went one-two in the long and triple jumps with big state qualifying jumps.

Junior Torri DiStefano had a good day winning the 1600  as well as being part of the winning for 4x4 and 4x8 relays.

Gallagher also ran part of the winning 4x4 and 4x8 relays; freshman Lana Kolpa won the 3200 and took part in the 4x8 as well.

Olivia Eshoo placed in the 400 and was on the winning 4x400 relay, while Morgan Hodorski had a great day as well placing in the high jump, shot put and javelin competitions.

Ella Kijak had a great first meet as she won the 300 hurdles and was a top finisher in the sprints.

“Overall,” said coach Brian LaFontaine, “the team gave great efforts throughout the lineup and were fortunate enough to add numerous marks to the NVL and State qualifying lists, so that’s a pretty good start.”

On the boys side, Gabe Giusto had a big day as the senior won the 400 and 200 meter dashes as well as being part of the state qualifying 4x400 relay.

Keith Caouette, another senior, anchored home the 4x400 team and easily outpaced the field to win in the 800.

Noah Ryan qualified for NVLs with a second place finish in the 1600 and came back and took the win in the 3200.

Josh Garceau won the discus and picked up valuable points in the 3200 for Watertown, while Ty Phelan scored in the jumps and ran well as part of the winning 4x400.

Andrew Warren and Keith Acuna placed in the pole vault and sophomore Matt Creter scored in the 1600 and 3200.

“It’s good to be back competing, and I’m glad for the kids,” said LaFontaine. “I thought the boys had a strong showing in this opening meet.”

The WHS teams traveled to Torrington High School on April 23 and recorded a number of notable performances.

The boys fell to 2-2 on the year with losses to both teams.

On the girls side Ari Polletta and Erin Egan continued to dominate their NVL opponents in the jumps as Polletta won the long and triple jumps while adding in a state qualifying performance in the 200.

Egan had great jumps in taking second in both the long and triple jumps while adding in a state qualifying winning effort (4’ 8”) in the high jump.

Allie Mazzarella, Morgan Hodorski and Alivia Brophy swept the top three positions in the javelin with Hodorski adding in second place finishes in both the high jump and shot put competitions.

Ella Kijak ran great in placing second in both the 100 and 300 hurdles, while Torri DiStefano had a great day as well as she pulled off a tough set of races scoring in the 1600 and 800 then coming back to win the 3200.

Junior Janelle Rosario scored points in the discus while freshman Brianna Eshoo threw a personal best to pick up points in the shot put.

“Another good day for the girls,” said LaFontaine. “They added a number of personal bests and additions to the qualifying lists for the big meets at the end of the year.”

On the boys side it was Caouette leading the way as he ran a state qualifying time of 51.8 to win the 400 and jumped a personal best 40’ 5” to win the triple jump.

Caouette then teamed with Gabe Giusto, Aiden Arline and Alex Cole to run a season best 3:40 in the 4x400.

Bertin Simeon scored in the disc with an NVL-qualifying mark and added a scoring performance in the shot put.

Josh Garceau, Sam Falotico and Gianni Spiotti added notable marks in the throws and Ian Metcalfe led the way for WHS in the hurdles.

“The team competed well and continued to put give us great efforts while adding to their qualifying performances, with another several meets to go,” said LaFontaine.