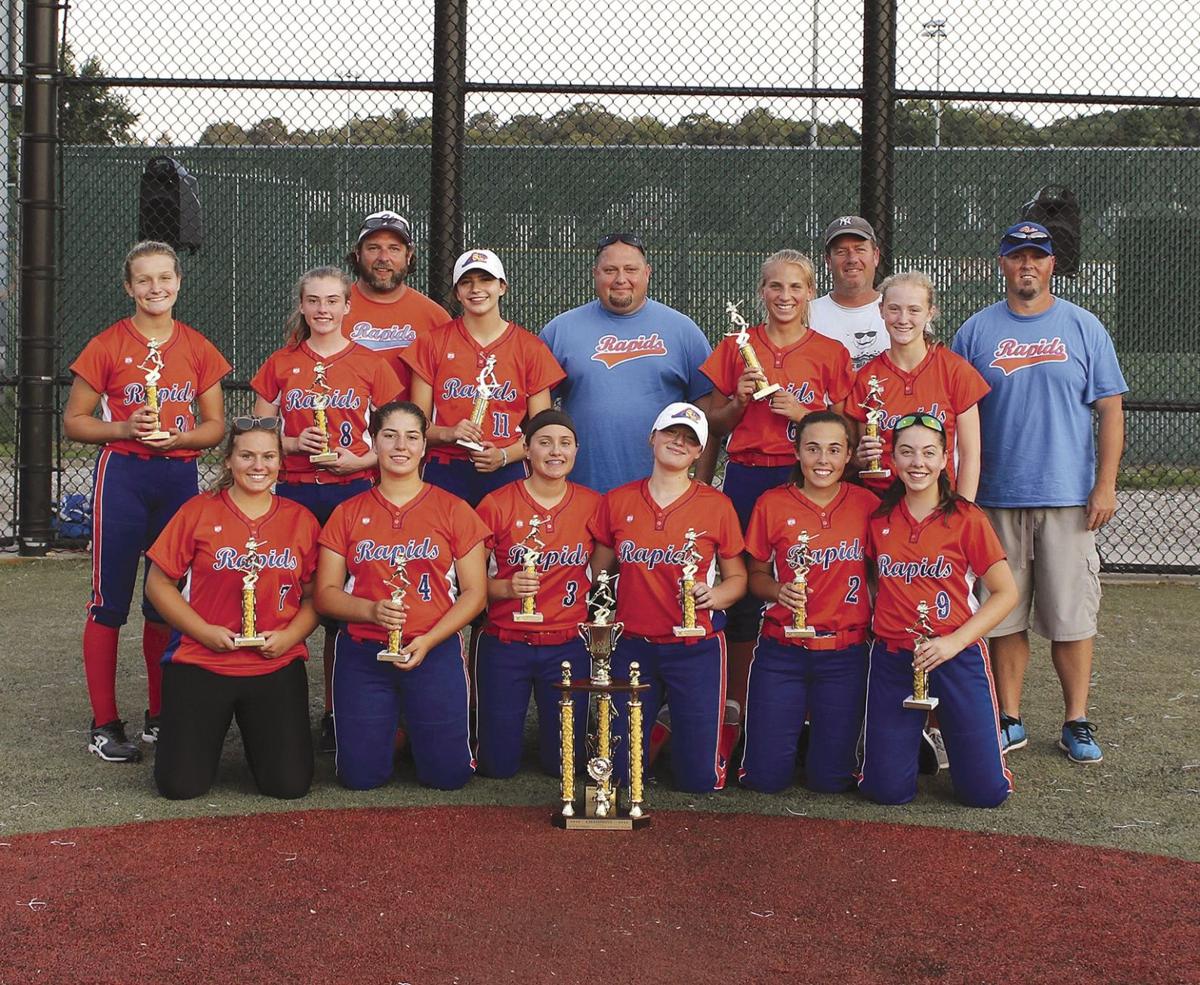 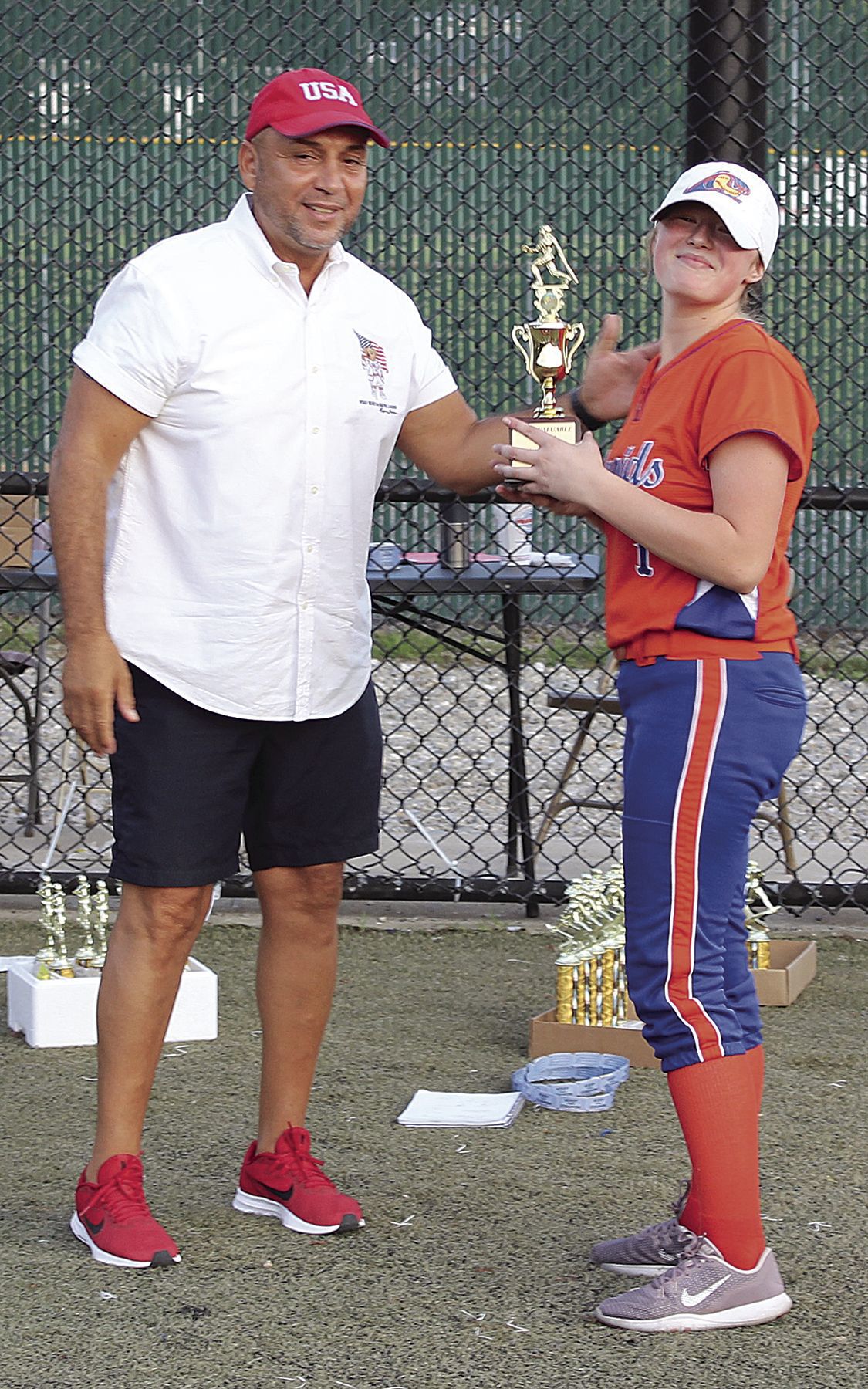 THE FRONT PAIGE - On August 1, the GROWS Watertown Rapids 14U team won the Joan Joyce League Championship Tournament at Municipal Stadium with an 8-5 win over the CT Hornets. Pitcher Paige Fekete was named the game’s MVP after her complete game, seven strikeout effort; here she receives the award from Waterbury Recreation Director Victor Cuevas.