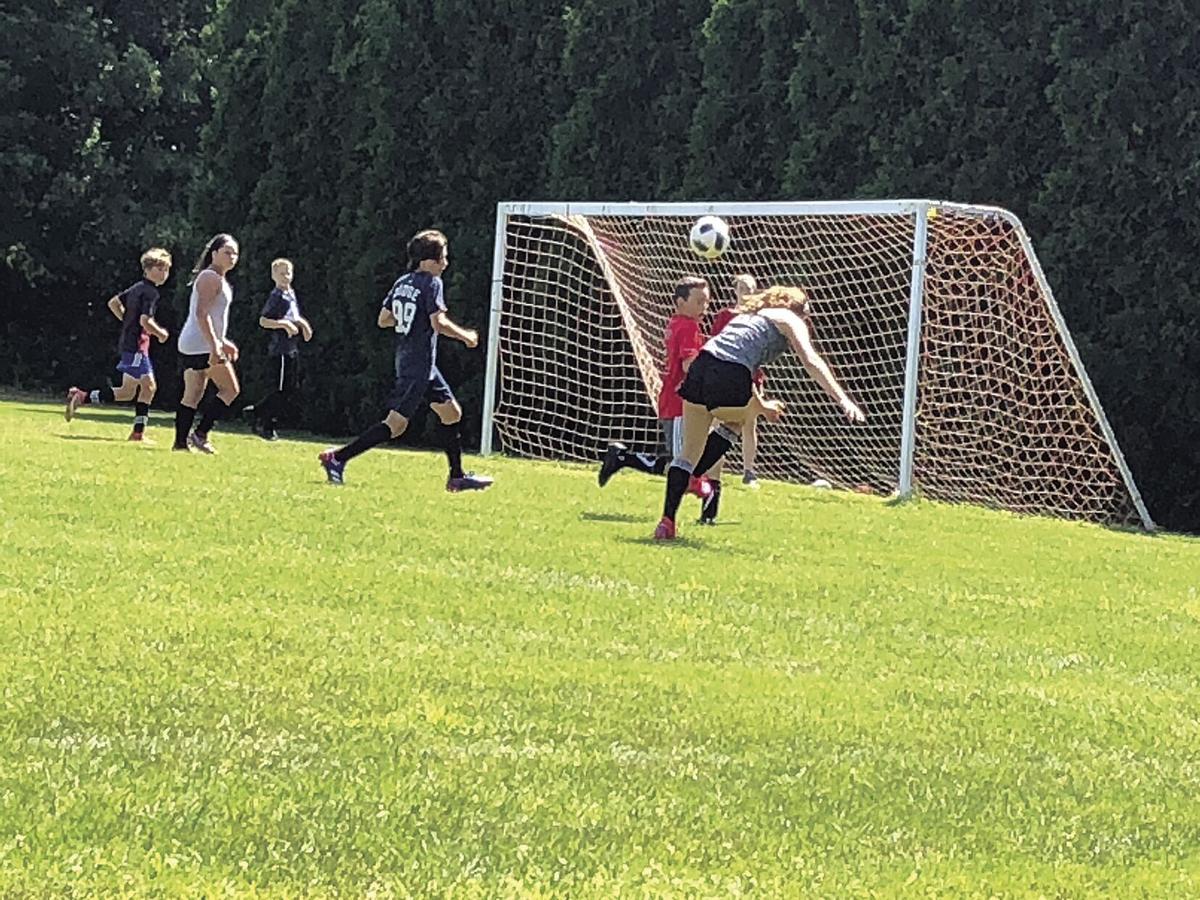 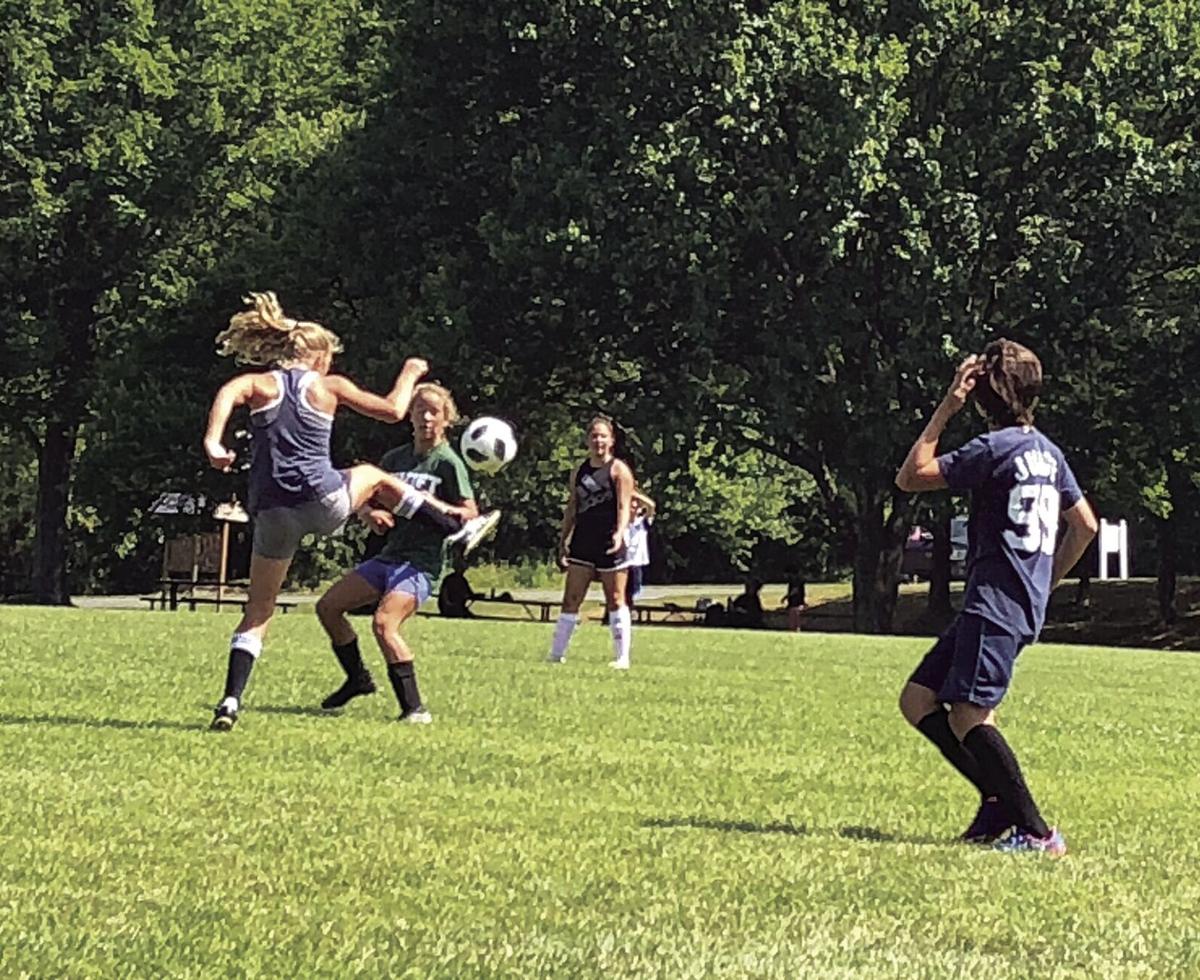 The hot, muggy conditions were not enough to keep young soccer players on the Veterans’ Park sidelines as eager athletes took part in the last week of a month long series of summer camps sponsored by the Watertown Association for Youth Soccer. The campers, who were coached by local college players, were broken down into age groups from ages 6-14.

In the first photo, a solid shot sails goal ward during a scrimmage; moments later in the second photo, settling skills leading to possession were put on display. All COVID-19 safety protocols were in place for all players.