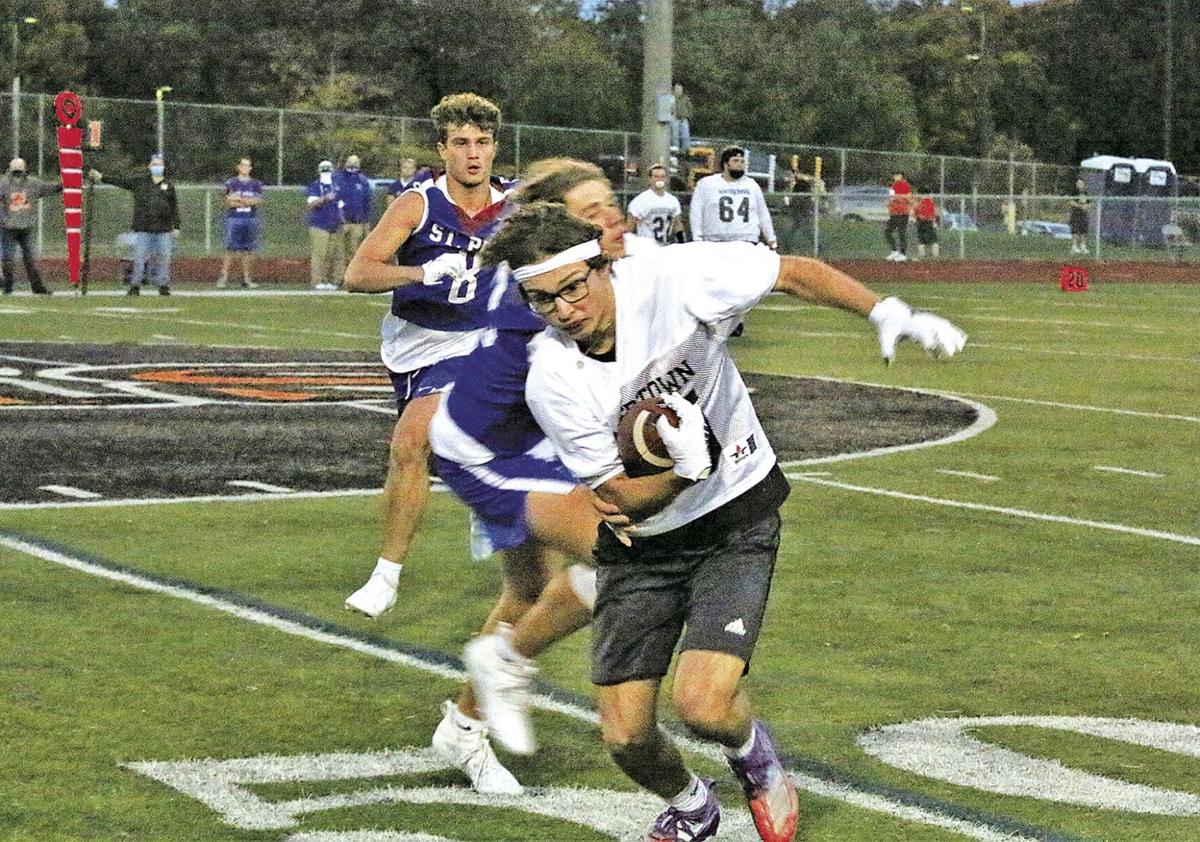 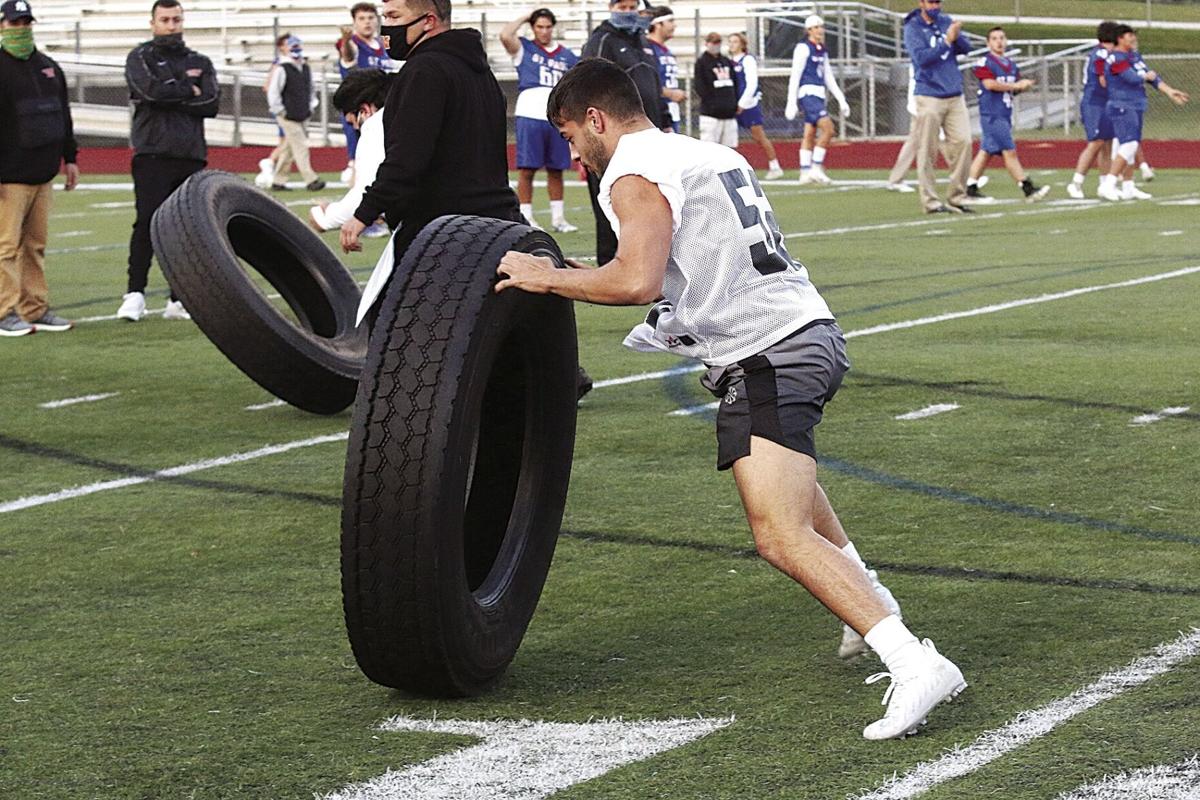 CATCHING ON - Nick Daponte of Watertown High School crosses midfield after making a catch during Indians’ seven-on-seven football exhibition against St. Paul Catholic High School at the John Mills Complex on October 9. After the traditional NVL season was laid waste to by the Department of Public Health and the CIAC, a safer format allowing the players to get some work in was organized. The format is no-contact, no pads or helmets, no running game, but lots and lots of passing, which resulted in a final score of 39-27 in favor of the Falcons.

LET ME ROLL IT -With line play prohibited in the seven-on-seven format,  Josh Rinaldi, a senior lineman for the Indians was among the trench players who took part in several challenges against St. Paul, among them tire flip and medicine ball relays and a tug-of-war. The Indians will host two more seven-on-seven evenings when Holy Cross High School visits the Mills Compex on Friday, October 16 and Naugatuck High School come in on Friday, October 30, with both starting at 6 p.m.