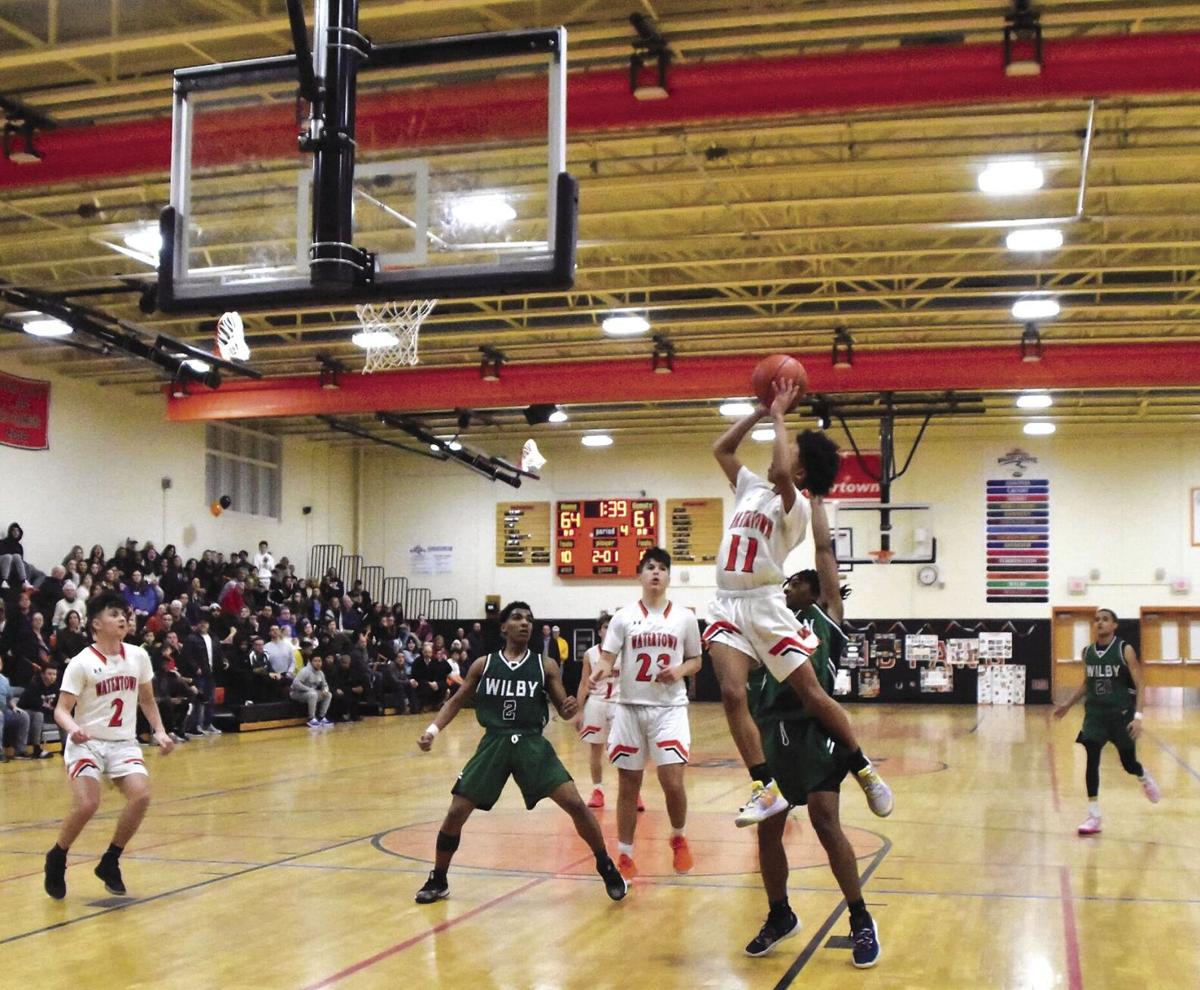 SCENES WE’D LIKE TO SEE - We’ll know 2021 is off to a good start if, even for a short while, if LJ Ward and Watertown H.S. are playing hoops at the Cook Gym again. 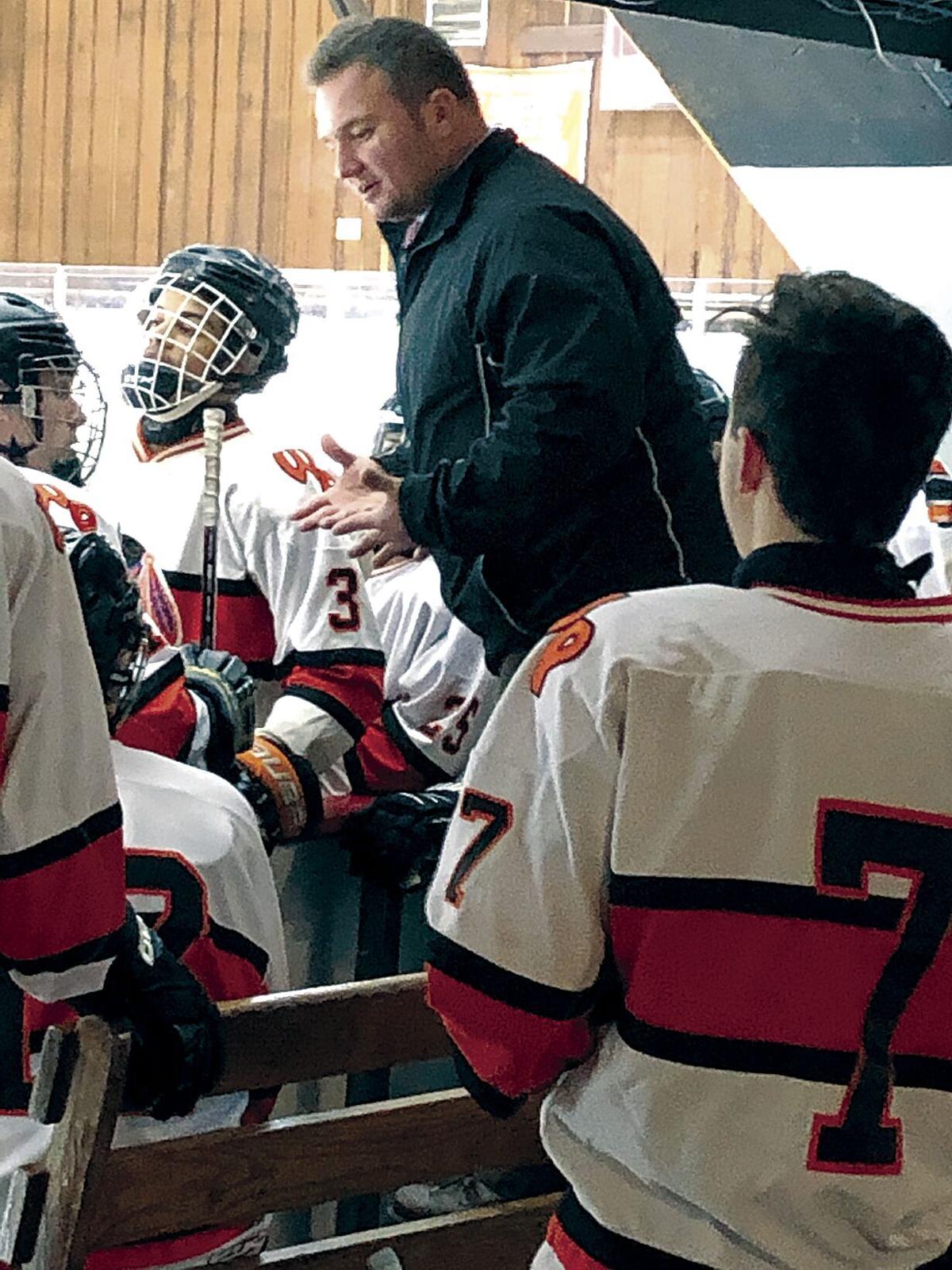 SCENES WE’D LIKE TO SEE - We’ll know 2021 is off to a good start if, even for a short while, if Vic Vicenzi III is behind the bench, coaching his WHS/PHS hockey team again.

SCENES WE’D LIKE TO SEE - We’ll know 2021 is off to a good start if, even for a short while, if LJ Ward and Watertown H.S. are playing hoops at the Cook Gym again.

SCENES WE’D LIKE TO SEE - We’ll know 2021 is off to a good start if, even for a short while, if Vic Vicenzi III is behind the bench, coaching his WHS/PHS hockey team again.

I’m not putting anything off-the-hook crazy out there in joining pretty much six billion other folks in bidding a not-so-fond ‘good riddance’ to 2020, by far the worst year of our lifetimes for so many, and I’ve had people who lived through the Depression, World War II and the 1960’s tell me that. Beginning tomorrow, we wipe the slate clean, and I’m sure right now 2021 looks like Mariano Rivera warming up in the bullpen, ready to come and rescue the staggering, worn-out middle relief crew.

That is, fresh and with that cutter ready to go for a two, three inning stint if need be until the good guys find a way to win.

Help is on the way; in record time, vaccines have been developed in seven months by American Companies, cutting through the usual governmental red tape which bogs things down for years.

It’s made me wonder, why aren’t there more vaccines out there for serious maladies which have plagued us forever?

Trillions have been spent over the last century with the most brilliant medical minds and researchers in the world dedicating their lives to unlocking the mysteries of cancer, HIV, and even the common cold and we are still waiting.

Expressing such a frustration in the midst of my own cancer diagnosis, I was told politely that progress is being made in ‘increments,’ that the fatal diagnosis of 10 years ago is the 60 percent recovery rate of today.

I had to trust that was true, and it was, but where are the cures?; I still have a hard time believing that something hasn’t been solved, but is being stored away because of business concerns.

The COVID vaccines were given priority one status by the president, who managed to get disparate companies and the medical community to work together to come up a solution...lo and behold they have and thank God for that.

Seeing the smiles on the first responders receiving the first doses warmed our hearts, which cooled off when our publicity-hound senators Blumenthal and Murphy skipped the line ahead of those more-deserving for their nauseating photo-ops.

Maybe we turned the corner when, despite the dire forecasts (and what other kind are there on our local channels?), most of us woke up on Christmas morning with our electricity on....thanks, Santa.

Let’s hope for schools and restaurants to open again, we can remove the masks, travel freely, get to Yankee Stadium and Fenway Park, open our pools and homes again, and sooner rather than later.

In the sooner category I include high school sports, with at least some kind of winter season, even if just a half-dozen games, just to give the kids a chance to wear their uniforms again, especially the seniors.

I’d like to see Paul Vance, Jason Hurdle, Vic Vicenzi and their fellow coaches get to do their thing again, which they’ve done fairly well over the years.

We may know more about that after the CIAC holds it’s next Board of Control meeting on January 14 in the hopes of starting practices on January 19.

Maybe it won’t happen, but we have hope until we don’t.

Finally, I’d like to thank everyone who has helped me since my role expanded in May to include some non-sports items.

It’s been fun; I’ve gotten to know some people outside of the sports community much better than I had previously, and man do we live in a picturesque town, which affords us opportunities to bring that to you each and every week.

It’s you and your submissions and suggestions who help keep Town Times going; we appreciate it and look forward to continuing to do it in 2021.