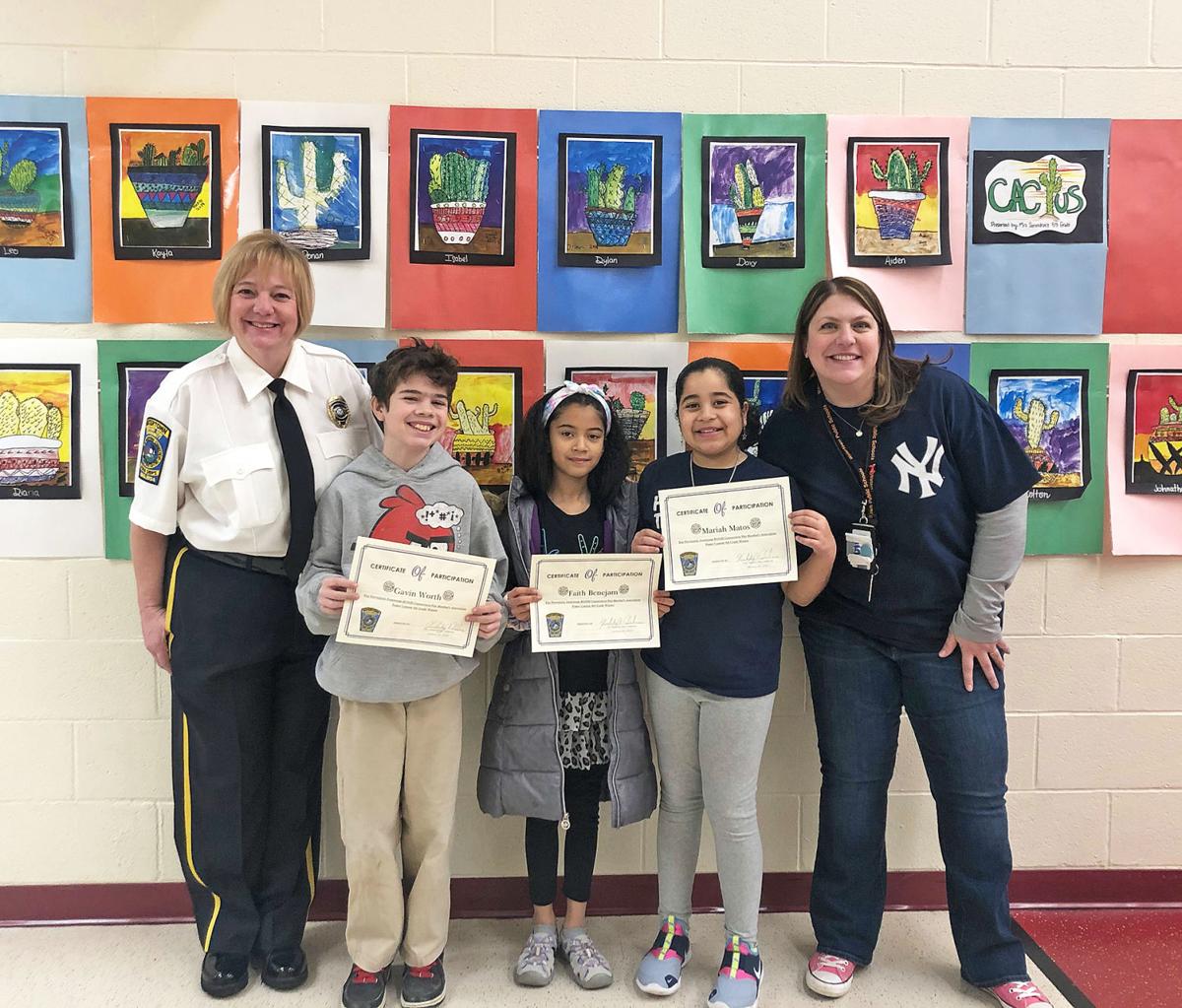 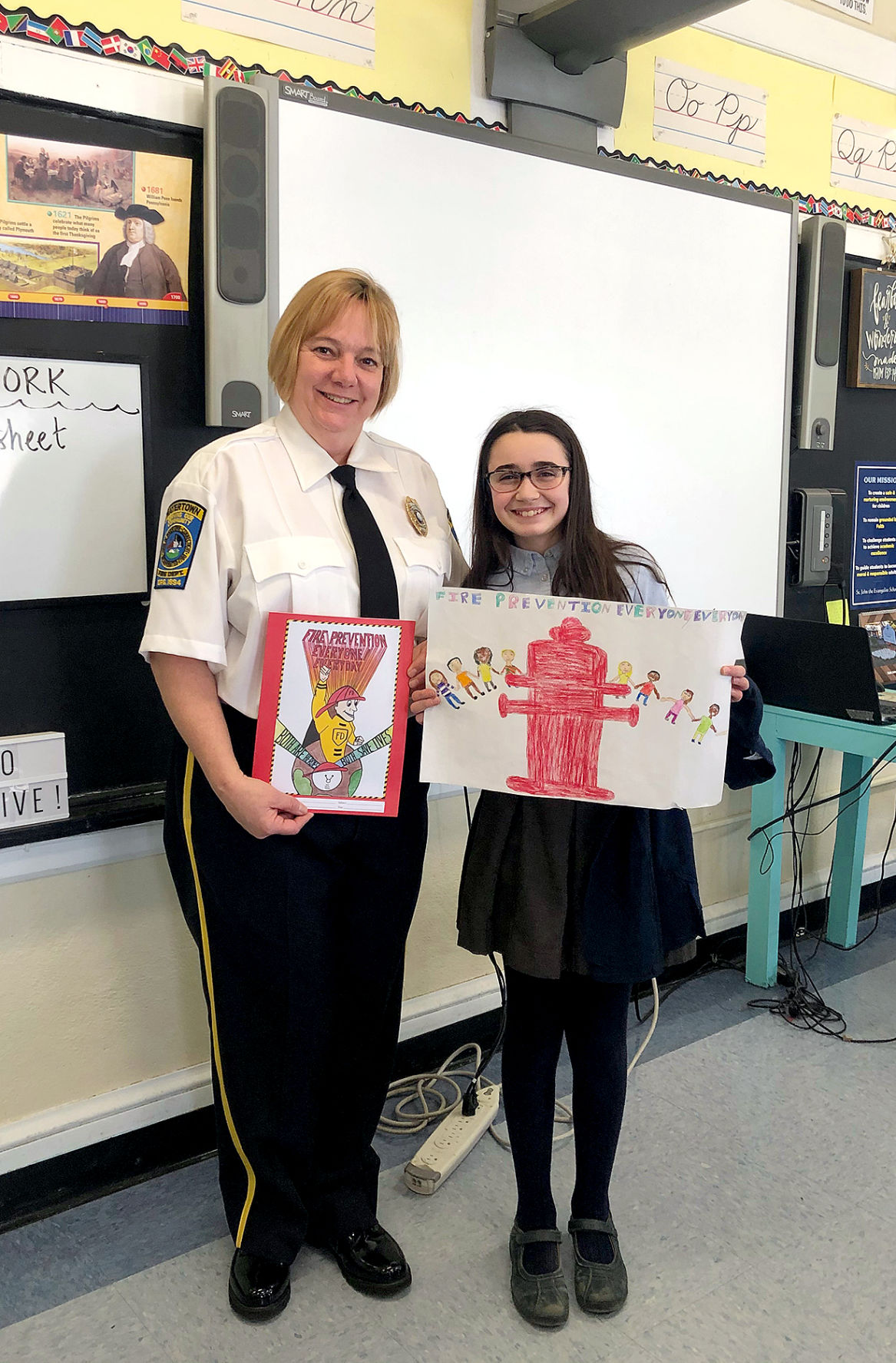 WATERTOWN — Four students from St. John the Evangelist School and Polk Elementary School have advanced to the annual statewide Fire Prevention Poster Contest. Mariah Matos and Faith Benejam, fourth graders from Polk School; Isla Breive, fifth grader from St. John the Evangelist School and Gavin Worth, fifth grader from Polk School, were selected as this year’s Watertown/Oakville town winners. Faith Benejam has been selected as a winner for Litchfield County.

According to Fire Marshal Kim Calabrese, “it is a fantastic accomplishment to have your poster selected to move on the final round of judging.”

The four students’ posters were selected from several entered into the contest, which was open to all fourth and fifth graders in town.

The program is run by the Watertown Fire Marshal’s office and Ms. Calabrese.

The goal of the contest is to endorse and develop fire prevention throughout the state.

All poster entries are judged on neatness, readability, spelling, originality, relationship to the theme, overall message conveyance and emotional impact.

Once selected as winners from the several entries submitted in town, posters are sent to the county to be judged against other town winners.

County poster winners move into a final round where one poster will be selected as the state winner from all of the state  entries.

The winning posters are used to promote fire safety and prevention throughout the state.

Watertown’s county winning poster will be featured in next year’s poster contest calendar, as well as exhibited at various locations, including the state capitol in October.

The winning statewide poster will be reproduced and distributed to all towns for next year’s contest.

The state winner will be announced at a special luncheon held in March.

Students were presented with certificates and a monetary prize from the fire marshal’s office and a t-shirt donated by the Watertown fire department.